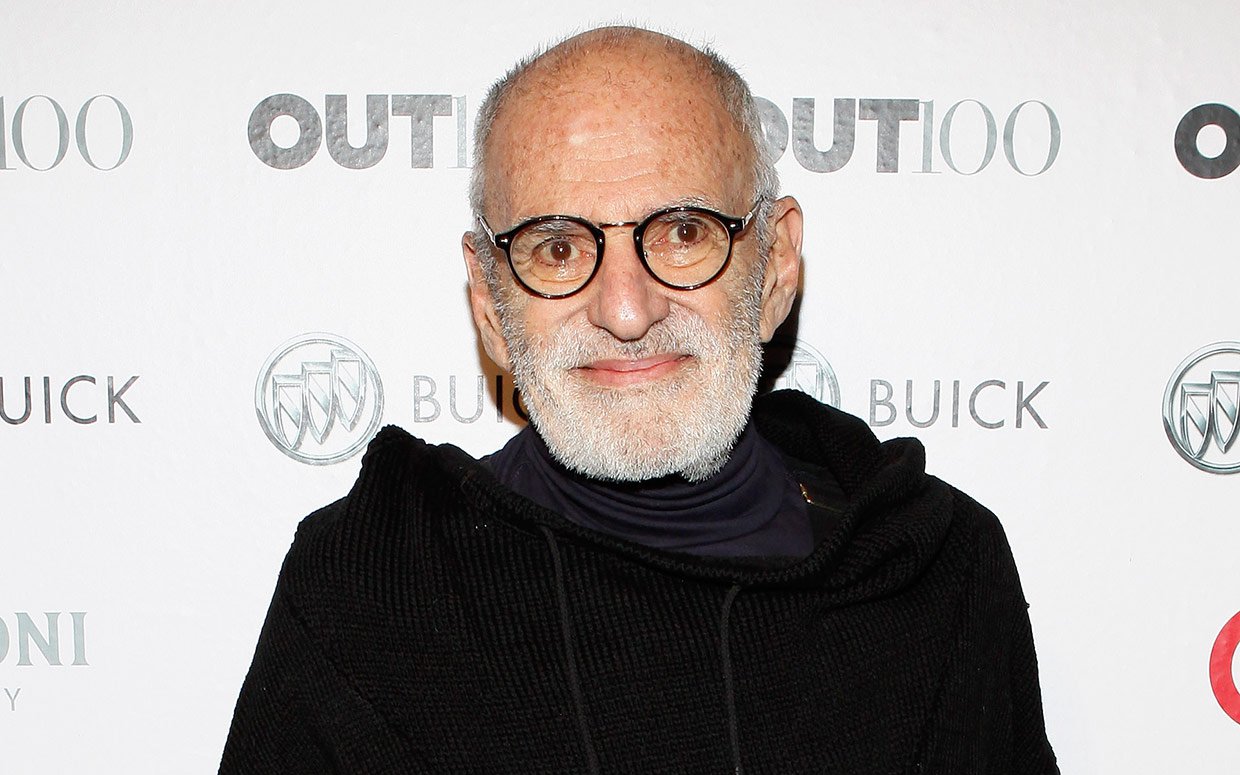 This week's entry is a little late because, quite frankly, I had no idea what I was going to write about. That is, until a few hours ago. A few hours ago when I

watched a very moving, very historic documentary at the RDC's Rainbow Cinema.  A film that kicked off several, week long events.  As you may (or may not) know, “Worlds AIDS Day is Dec. 1st. each year and is an opportunity for people worldwide to unite in the fight against HIV, show their support for people living with HIV and to commemorate people who have died.  World AIDS Day was the first ever global health day, held for the first time in 1988.” (www.worldaidsday.org) Since HIV awareness and education is so important, the RDC and The Drop-In Center have scheduled several events throughout the week.
The film that provoked me enough to use it as the subject for this week's blog?
”Larry Kramer In Love and Anger” 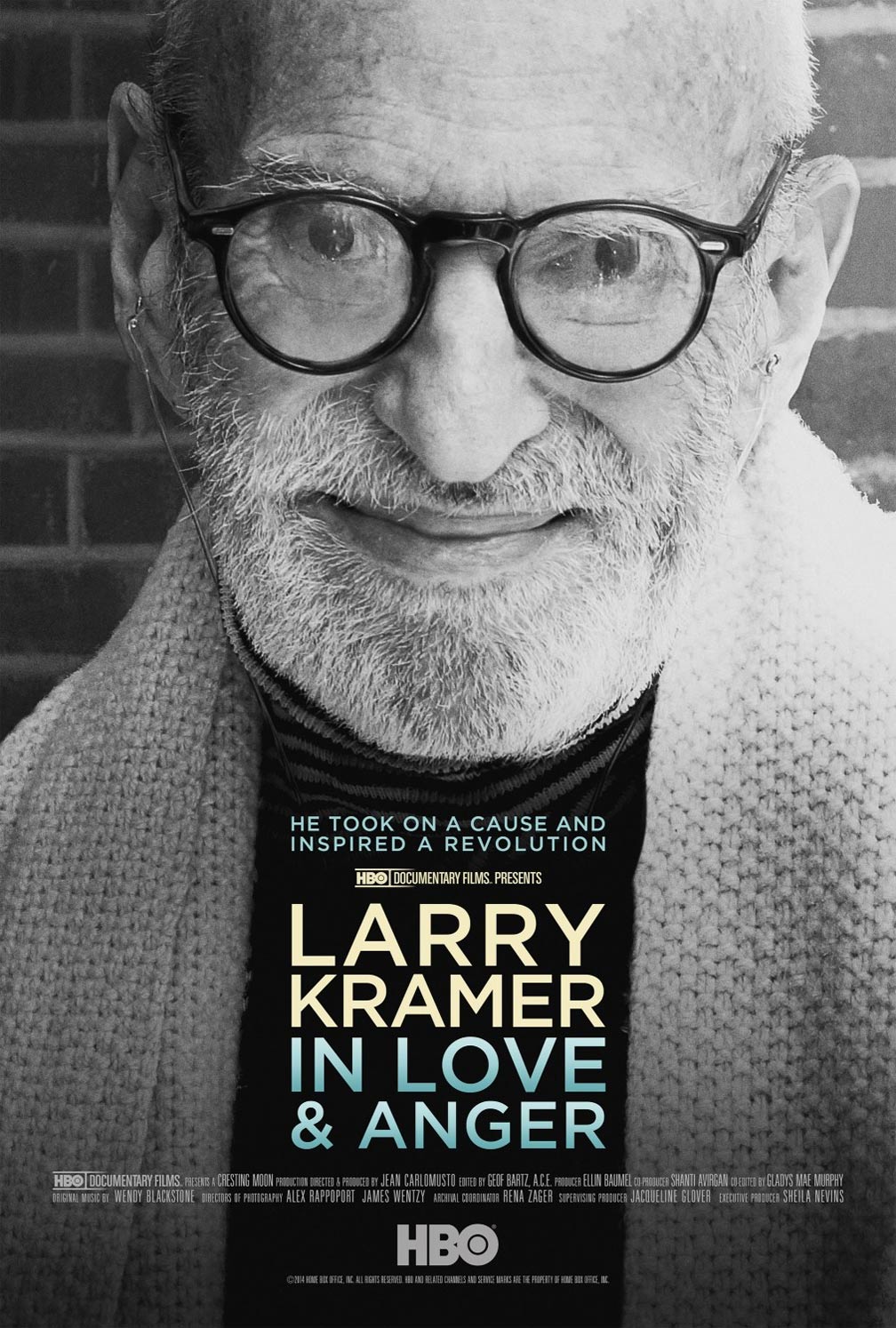 Not only is it a film about Larry Kramer's life and his drive to keep people alive, it's a chronological history about the AIDS crisis, that begins with the 1st reported case of AIDS in NYC, in 1981.

You may say, “Who is Larry Kramer?”, “What's so great about him?”
Larry Kramer, a gay man who was born in 1935, was a shy guy who's father used to call a, 'sissy'.
He attended Yale University in 1953 but soon, feeling like he was the only gay person on campus, decided that he didn't fit in and attemped suicide one day by taking 200 aspirins.
A brush with death usually makes one cherrish life a bit more, and it doesn't always have to be at the hands of someone else or an accident.  And so it was with Larry.  The experience made him more 'alive' and from that point forward he strived to fight for a gay person's worth.  He wound up graduating from Yale, in 1957, with a degree in English.
His degree would come in handy for several projects over the course of his lifetime.
He first went to Hollywood and wrote films.  The little known, “Lost Horizon” and later the very well known, “The Normal Heart”.  The latter was first a play, then a movie.
He soon left Hollywood and moved to New York.
There, while enjoying the life of a non-closeted gay man, his young healthy friends started dying off  in record numbers.  No one knew why. People were dying left and right and no one in authority cared.  No one in government circles, no one in the medical field.
That's what started him on his quest.
His quest to get the 'powers that be' to recognize that there was a problem so that the entire gay population didn't die off. 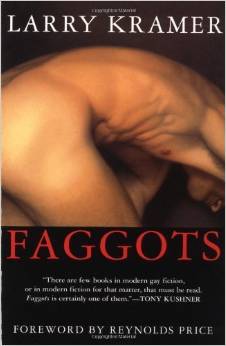 In 1978 he wrote a controversial book entitled, “Faggots”, which caused an uproar in the community.  It portrayed the fast lifestyle of gay men of Fire Island and Manhattan and their disregard for their own safety, when it came to sex, basically killing each other off because of their promiscuity.  Of his book, Larry said, “"The straight world thought I was repulsive, and the gay world treated me like a traitor.  People would literally turn their back when I walked by. You know what my real crime was? I put the truth in writing. That's what I do.”
Larry, with several of his friends, began the Gay Men's Health Crisis in 1982.  And an answering machine, in the home of volunteer Rodger McFarlane, acted as the first AIDS hotline — receiving over 100 calls the first night.
Unfortunately having finally gotten the attention of and a meeting with, New York Mayor Ed Koch, Larry wasn't invited to attend because of his confrontational style.
Feeling betrayed that they wouldn't include him in the meeting with the mayor, he gave them an ultimatum: “I go with you, or I quit!”
Well, they told him to quit.
He departed New York for London and there he wrote, “The Normal Heart”.  Which was mostly a 1981-84 autobiography of the AIDS crisis thus far, how it had affected him and killed off his friends. Out of that came the movements that changed the course of history.
In 1987, Larry began ACT UP (AIDS Coalition to Unleash Power), a protest organization that chose government agencies and corporations as targets to publicize lack of treatment and funding for people with AIDS.
His latest work, published just this year, “An American History, Volume 1”, is an ambitious historical work that begins in the Stone Age and continues into the present.  However, while researching this history he said,
"  [It is] my own history of America and of the cause of HIV/AIDS....  Writing and researching this history has convinced me that the plague of HIV/AIDS has been intentionally allowed to happen."
He may not be far from the true on that one.

On July 24, 2013, while recuperating from a liver transplant, Larry married his long time love, David Webster. 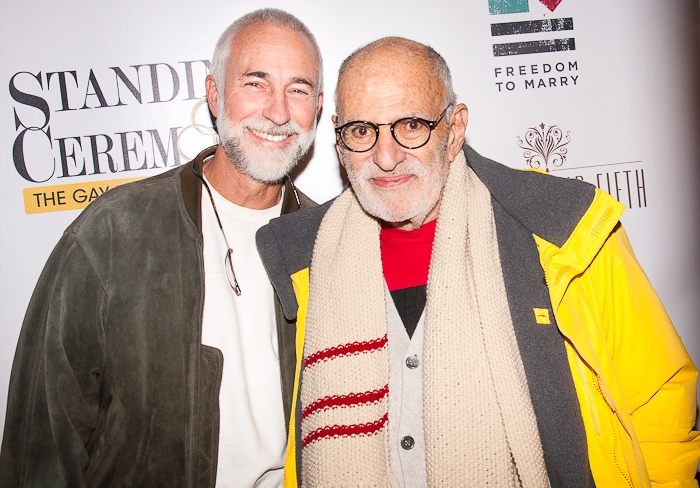 Get tested. Know your status! 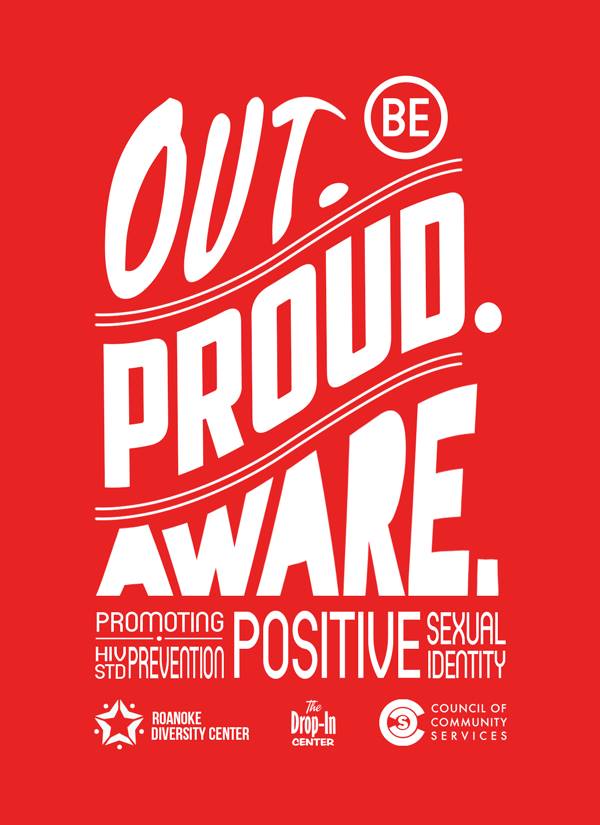